In the beginning…cue dramatic music…

In the re-launch of my blog, I realized that I had not shared the original post on the new website – The Vagina Monologue.  Indeed, it was originally an email to a friend trying to relate a rather scarring conversation, his response…he laughed and called me a nasty wench…so here goes –

Some conversations are unpredictable, unavoidable and scarring. The portions of the exchange that I am about to share with you that appear in red italics are contributions from the voices in my head. I was only ever able to utter one phrase out loud at one point but the voices in my head had a field day with this one.To set the stage for this particular episode, you need to know who Crash is – Crash is a former coworker who, how shall I put this, had some personal boundary issues. Gets a little too close, unnecessary hugs, a little too enthusiastic about my perfume. Relatively harmless …I think…but isn’t that how all sexual deviants are described by their neighbors after they start digging up bodies in the backyard? Crash is, of course, not his real name – it’s one he’s earned along the way, but that’s another story.

The setting: Crash stops by the shop early afternoon to pick up the dry diving suit he had repaired and couriered to the shop and to say goodbye, new job started today. Crash pulls out the dry suit to explain it to me (you have mistaken me for someone who cares). It is a special suit that keeps the diver dry in cold conditions. After explaining the various features to me, he gets down to a little valve near the crotch that he feels the need to explain, it went something like this:

This is the elimination valve – divers tend to dehydrate so it is recommended that they hydrate thoroughly before they go down. The result, they need to pee.

HHHHHhhmmm, who would have thought, if you drink a lot, you need to go pee.

In a wet suit, you simply pee, the suit is wet and you just go pee in it. It’s simply a body function that you need to do.

Ya, I don’t fkg think so. I don’t want to urinate in a rubber suit that is going to keep said urine snug up around my body. The idea of being enveloped in a layer of urine seems wrong on a couple of different levels. Note to self: never rent or borrow anyone’s wet suit, people pee in those.

Since you can’t do that in a dry suit, you put a catheter in your penis and hook it up to this tube and use this valve to eliminate.

It’s a little more difficult for women since they are built a little differently.

No shit Sherlock. I think this is about to get much worse. An anatomy lesson from Crash. Oh, just stop talking now.

They are coming up with devices now that women can use over their vaginas.

For the love of god, stop talking. Shoot me now; this conversation cannot possibly be happening. Of all the things that I don’t want to ever hear Crash talking about, vagina tops that list. Not that I am uncomfortable with that particular word – vagina, vagina, vagina – see, there, I can use it. Just don’t ever want to hear it come out of Crash’s mouth. I’d be willing to bet he’s not a fan of them anyway.

It’s a special pouch / funnel thing that needs to be glued in place. Of course, that presents a problem with the pubic hair so the vagina has to be shaved.

He just said vagina again. And, he has just suggested shaving it and gluing something to it like having something glued to the vagina is perfectly acceptable. Pretty sure I am about to achieve spontaneous human combustion, I’ll just burst into flames to end this conversation. In fact, I’d welcome it at this point. This conversation cannot be happening. I need to say something, I can’t handle this anymore.

“Gluing something to one’s lady bits seems like a bad idea.”

(This I manage saying out loud).

Lady bits? Where the hell did that come from? What am I, six? I know the term “lady bits” is a little juvenile but I cannot bring myself to say the word vagina to this man, I refuse. I will not talk to Crash about vagina, it’s just wrong and I’m guessing something that he’s not all that familiar with, especially if he wants to glue something to it.

At some point, he finally stopped talking and I am still hoping to burst into flames, there are things in my head now that just ought not to be there. I can’t unring this bell, I can’t just make this conversation go away. For the rest of my life, I will always know that Crash talked to me about shaving a vagina and gluing stuff to it.

And of course, I am aware that he wasn’t even using the anatomically correct term but I had no intentions of correcting him – one could not shave that particular anatomical feature nor glue anything to it, it is a moist internal structure. If the vagina is hairy, urinating in a dry suit is the least of your problems. No more words, no more words. Perhaps an aneurysm – that would be quick and relatively painless. At this point, I’m not fussy – spontaneous human combustion or a burst aneurysm either would be welcome.

Once Crash left the shop and I was up at my desk curled in the fetal position, shuddering uncontrollably, ears bleeding from things they should never have heard, I tried to explain what happened to a coworker who found me curled up, twitching but words failed me.

For the record (I keep telling you, I do my research) – the device exists, of course it does (makes sense when you think about it).  It’s called a She-P and it’s available in no less than 4 colors.  Basic black would be sufficient but I guess if you want to jazz up your dry diving urinary elimination experience, you could do pink, purple or blue. 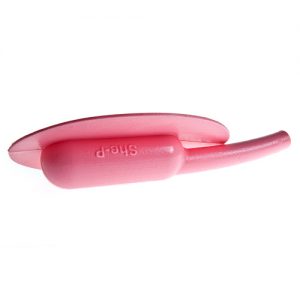